American history lessons in the classroom dubbed the United States a melting pot — a nation founded by immigrants that continues to adopt international cultures and traditions today for a resulting stew that’s ever-simmering and never short on spice. After all, Americans like to keep food interesting. We love to eat — and when you combine our favorite cuisines, we love to eat even more. These surprising (and delicious) cuisine pairings at restaurants across the country are worth a reservation. 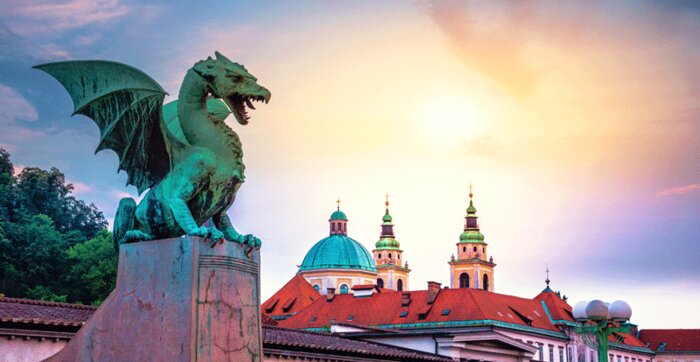 It might sound like a surprising combination, but Japanese and Jewish food actually complement one another quite well. Married couple chefs and owners Aaron Israel and Sawako Okochi opened Shalom Japan in 2013, blending the two cuisines together in dishes like sake kasu challah, a lox bowl with sushi rice and Japanese pickles, and matzo ball ramen. The restaurant is named after a kosher nightclub from the '80s in New York City. Every Christmas, the restaurant serves a prix fixe hotpot meal over Hayao Miyazaki movies, while Jewish holidays are celebrated with okonomi-latkes, a dish that combines Japanese okonomiyaki with Jewish latkes, and gefilte takoyaki, fried fish topped with kewpie mayo, bonito flakes, beet horseradish, and okonomi sauce.

When Maria Marszewski’s sons Mike and Ed were growing up in Chicago, she often combined elements of Polish and Korean cuisine, joining her Korean heritage and her husband’s Polish heritage for backyard meals the family named KoPo BBQ. In 2016, the boys opened counter-service restaurant Kimski to serve the same food they loved as kids. Don’t miss Maria’s Special, a Polish sausage topped with sauerkraut featuring kimchi spices.

Mexican-Soul Food at The Blaxican in Atlanta

In 2010, Will Turner started driving The Blaxican food truck around Atlanta, sharing the fusion of his biracial identity — Black and Mexican — and the unique cuisine it encourages. Some of the most-loved items on the menu include the collard green quesadilla and tacos filled with foods like smoked sausage, blackened fish, and buffalo chicken. The team at Blaxican takes philanthropy as seriously as its food, donating tip money to shelters around the city.

Korean-Colombian at Escala in Los Angeles

Fun fact: Eating at Escala puts you just one degree away from Sir Mix-a-Lot. The restaurant’s owner, OG Chino, was the mastermind behind the promotion of “Baby Got Back,” an expert campaign that helped the single go double platinum. Now Chino puts his expertise to use blending his Korean and Colombian background (“Seoul Born. Bogotá Raised.” is his personal tagline) into food served at the restaurant. The Huevos Benedicto, for example, serves eggs benedict with achiote potatoes over Colombian arepas, while the Chicharron and Guacamole appetizer replaces tortilla chips with Colombian-style, thick-cut, fried pork belly.

Pho-jita Fusion’s name is a bit confusing since pho isn’t Thai or Tex Mex — it’s Vietnamese. But the Pho-Thai (a Thai version of the Vietnamese classic) is still a bestseller on the menu at this unique food truck. You’ll also want to try the Thai-males (standard Mexican tamales filled with Thai basil chicken), Thai-lotes (Mexican street corn with Thai spices), and the basil chicken quesadillas.

Latin-Indian at Vermilion in Chicago

Since 2003, Vermilion has been a fusion powerhouse blending Latin and Indian cuisines in Chicago. Founder and owner Rohini Dey created the culinary concept to form an intellectually provocative cuisine that’s both assertive and memorable. Both cooking styles are represented in dishes like caldeirada de peixe, a Brazilian seafood stew with Indian seasoning; coconut shrimp served with kashmiri mirch chimichurri and lychee jalapeño salsa; and plantain-crusted whitefish with roasted corn tomatillo sauce.

According to the team at Revolutionario, the restaurant is the only North African taco joint in the world. Married couple Farid Zadi and Susan Park opened the spot in 2014, offering corn tortilla tacos with toppings like falafel, chickpea tagine, and shakshuka. The menu is more than just tacos though. Other highlights include burritos, quesadillas, sandwiches, salads, Algerian samosas, and briks (North African savory pastries).