Who knew that an effort to reduce crime and violence by banning booze would backfire in such a spectacularly unexpected way? From 1920 to 1933, it was illegal to manufacture, transport, and sell alcoholic beverages in the United States. It turned out, though, that many Americans liked their beer, wine, and spirits and would go to great lengths to enjoy them despite the ban. Many fortunes were made and many lives were lost. From speakeasies to rumrunners, bathroom gin, and bootleggers, here are the surprising sources of booze during Prohibition. 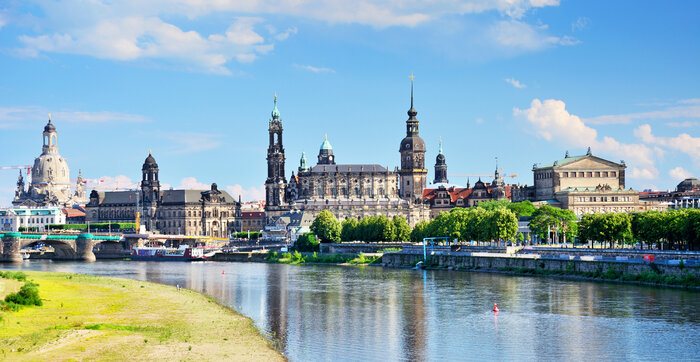 The Start of Prohibition

In the early 19th century, multiple organizations began to form around the country to denounce liquor consumption. The groups deemed drinking alcoholic beverages as detrimental to society, leading to crime and violence. Members of what was referred to as the Temperance Movement viewed saloons as places of debauchery that separated married men from their families and paychecks and single men from their morality. Under extreme political pressure, legislators created the 18th Amendment to the Constitution, which placed tight limits on alcoholic beverages.

As the only constitutional amendment to take away a right instead of granting one, the 18th Amendment was ratified quickly. It took effect in 1920 in conjunction with the Volstead Act. The Volstead Act, which was officially called the National Prohibition Act, provided details about how to enforce the ban and what constituted an alcoholic beverage. One of Prohibition’s first surprises was that many who voted for the amendment assumed it would ban only “hard alcohol” or spirits, but would still allow lower-alcohol-content beer and wine. President Herbert Hoover even vetoed the Volstead Act, but the Senate overrode the veto.

Even though liquor became illegal in the United States, it was still legal in Canada, Mexico, Europe, Cuba, and the Bahamas. It didn’t take long for entrepreneurs and thirsty consumers to figure out creative ways to bring booze across borders and oceans. Smugglers, also known as “rum runners,” quickly realized they could bribe customs agents in places like Windsor, Canada, which was just across the Detroit River from Detroit.

Using ships registered in foreign countries, smugglers loaded them with Canadian whiskey and other alcoholic beverages that were supposedly headed to South American or Caribbean ports. Then, the ships simply dropped off the shipments in Detroit. Sometimes criminals known as “go-through guys” hijacked the ships, stole the precious cargo, and often even killed the crews and sank the ships. Local gangs also used speed boats to run liquor across the same river. Similar events occurred across all the Great Lakes and in the waters between British Columbia and Washington.

The Real McCoy and Rum Row

American demand for British and scotch whiskey, European wine and champagne, and Caribbean rum skyrocketed during Prohibition. Overseas shippers sent their illicit cargo to the Bahamas, Caribbean ports, and St. Pierre Island off Newfoundland’s coast. Sailboat and ship captains anchored a few miles offshore from East Coast states — just beyond the U.S. government’s jurisdiction. The vessels were usually modified to hide the contraband under fish bins. High-speed contact boats zoomed out to meet the vessels and ferried the cargo ashore. Smugglers so frequently used the coastal area between New York City and Atlantic City, it earned the nickname “Rum Row.” At first, the U.S. Coast Guard lacked the manpower, awareness, and watercraft to chase down the rum runners, but eventually, they caught up and captured many.

A Floridian sailor named William “Bill” McCoy earned his fame and fortune by smuggling superior quality, name-brand whiskey from the Bahamas. By some reports, the term “the real McCoy” emerged to describe his goods, and the phrase stuck to describe something authentic and high-quality.

Often aided by local gangs who provided specialized, one-gallon copper stills, many people who lived in urban communities began making small batches of liquor at home. The gangs purchased the homemade liquor, sold it to speakeasies, and made a hefty profit. Across the U.S., basements, attics, farms, backyards, and hidden outdoor spots became mini distilleries.

The homemade liquor needed water and often the bottles wouldn’t fit under the kitchen sink’s faucet. Distillers used the bathtub’s instead, hence the name “bathtub gin.” Beer brewers also brewed at home and easily purchased the ingredients and equipment from legitimate grocery and hardware stores. It didn’t take long for larger-scale operations run by gangsters to crop up and begin brewing and distilling in mass quantities. To hide such activity, much of the distilling took place at night — earning the booze the nickname “moonshine.”

Speakeasies and the Birth of the Cocktail

Many problems arose with homemade liquor — the first being its unpalatable taste. As legal establishments failed, illegal bars and clubs quickly filled the void. They earned the name “speakeasies,” because one had to know a secret word or phrase to gain entry. Before Prohibition, men and women didn’t generally consume alcohol together, but that changed in this new era of rule-breaking. The underground surge in music, dancing, and cocktail consumption over the next decade became known as “The Roaring Twenties.” Many speakeasies permitted gambling, and owners bribed the poorly paid local police for protection against federal raids. And since speakeasies had to obtain liquor from somewhere, a series of additional innovative and illegal industries sprung up as well.

Speakeasy bartenders became creative and mixed the foul-tasting booze with juice, herbal extracts, soft drinks, and fruit. Before Prohibition, many people who consumed liquor drank it straight, but the efforts to mask the low-quality stuff launched a fashionable new trend. Speakeasies became known by the cocktails their bartenders conjured up and bartending became an art form.

Canadian liquor, homemade moonshine and beer, and liquor from offshore vessels had to be transported to speakeasies. Smugglers or “bootleggers” rose to the challenge. Bootlegging likely earned its name from how traders hid liquor bottles in their boots when they went to trade with Native Americans in the 1880s. Bootleggers modified ordinary cars by removing floorboards and seats to make storage spaces for the contraband. The cars needed to be fast so drivers could outrun law enforcement, so bootleggers “souped-up” the engines, installed extra suspension to carry the additional weight, mounted more durable tires, and added plates over the front grills to reduce dirt intake. Talented mechanics, tire manufacturers, and other related trades all enjoyed a booming business from bootlegging.

Distilled and imported booze was usually made or stored in backwoods areas, so drivers became adept at maneuvering curvy, hilly dirt and paved roads at high speeds. They also had to know their routes well, as they often had to kill their headlights and taillights to avoid detection. Even after Prohibition ended in 1933, many home distillers continued producing moonshine to avoid paying taxes on legal liquor in order to keep some bootleggers employed. Many of these talented, young hotshot drivers became famous race car drivers as stock car racing associations emerged. Eventually, the associations coalesced into NASCAR (National Association for Stock Car Racing).