There’s always excitement attached to visiting a new destination, where you can immerse yourself in local history, culture, culinary traditions, the arts, music, and sports. As responsible travelers, however, we must also be aware of the things that might get us into trouble. Most of us already know that jaywalking is illegal in several countries, and that Singapore has a strict chewing gum ban. But in some places, national and local laws enforce some even more unexpected scenarios. Here’s a selection to bear in mind for the next time you're traveling abroad. 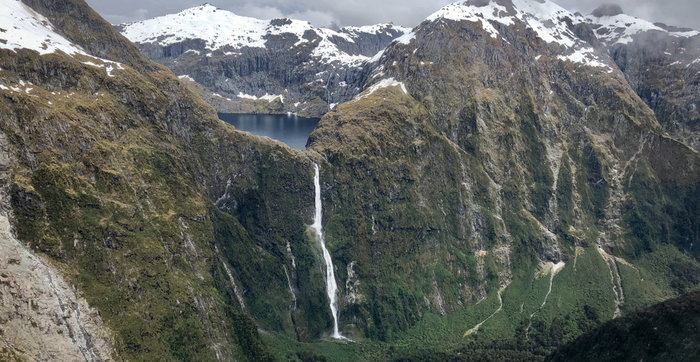 You Can’t Wear Armor Inside the British Houses of Parliament

When visiting London, you might be tempted to take a tour of the Houses of Parliament. Guided and self-guided tours offer the chance to watch debates chaired by politicians, visit architecturally impressive chambers, and enjoy afternoon tea. But don’t try to enter the building while wearing a suit of armor. In 1313, during the reign of Edward II, a statute forbidding the bearing of armor was passed. Established at a time of political unrest, it was an attempt by the king to prevent nobles from using force when parliament was called. The law remains today, even though suits of armor aren’t as readily available as they were in the Middle Ages. That’s not to say that no one has ever tried.

Fried Chicken Must Be Eaten With Hands in Gainesville, Georgia

Billed as the “Poultry Capital of the World," Gainesville, Georgia takes its chicken seriously. Wander around downtown and you’ll find cajun and southern fried chicken served on almost every street corner. There’s even a beloved chicken statue. Just remember one thing when you eat locally. In 1961, the city passed a law that banned people from eating it with a fork and knife. It’s more of a publicity stunt than a punishable offense; however, the real-life Colonel Sanders and 91-year-old Ginny Dietrick were once placed under arrest for the crime. Gainesville isn’t the only city in Georgia with a poultry-themed bylaw. In Quitman, it’s illegal for chickens to cross the road, which puts an end to the age old joke.

You Must Smile At All Times in Milan, Italy

There’s plenty of things to make you happy in Milan — a grandiose architectural landscape, superb art galleries, an avant-garde fashion scene, and mouthwatering cuisine. This is fortunate, because it’s a legal requirement to have a smile on your face at all times. The law originated when Milan was ruled by the Austro-Hungarians, who believed that smiling citizens would bring greater prominence to the city. The only people exempt from the law are funeral-goers, hospital workers, and those visiting the sick. Perhaps this is why everyone looks so joyful while sipping on espresso, aperitifs, and Negronis at the bar-lined piazzas.

Canada is a vast land of spectacular sprawling countryside and wilderness. There’s 347 million hectares of forest here and an estimated 338 billion trees, which is equivalent to roughly 9,000 trees per person. Like many Canadian towns and cities, Toronto is blessed with beautiful, tree-lined parks. Under municipal law, however, the unauthorized climbing of trees is illegal. The law also outlaws the climbing of boulders and rocks. Unlike other laws on this list, this one is actually enforced. In 2013, a man was fined for sitting in a tree in Kensington Market’s Bellevue Square Park. Not all of Ontario is against tree climbing, though. The Ontario Tree Climbing Championship takes place at a new provincial location every year.

Dancing in the Dark Is Prohibited in Japan

Japan’s nightlife in the mid-1900s was reminiscent of a real-life Footloose. There was an anti-dancing ordinance similar to the one that Kevin Bacon's Rem McCormack challenged. Passed in 1948 during U.S. occupation, Japan’s law banned dancing after midnight — thanks to a growing concern that liberal American attitudes would corrupt the Japanese youth. Authorities tended to turn a blind eye from the 1960s onward as the nightclub scene took off. Nevertheless, a death at an Osaka nightclub in 2010 brought a fresh crackdown. The ban was ultimately lifted for good in 2015, following pressure from the nightlife and entertainment industries. Today, revelers are free to dance into the early hours, but only if the venue has lighting equivalent to a movie theater.

You Can’t Eat Gelato Next to Rome’s Fountains

What do you want to do in Rome besides explore its majestic landmarks? Eat pizza and gelato, of course. Roman gelato is a true art form — brightly colored scoops of frozen, milky goodness piled high on a crunchy, waffle-like cone. The temptation would be to grab one and enjoy it while sitting near a romantic fountain — but this activity is banned. In fact, eating and drinking in general is banned. Getting caught in the act could land you fine ranging from around $45 to $280. The logic behind the ordinance is to protect the city’s monuments from litter and damage. The police aren’t afraid to enforce the law either. In 2016, they issued a €900 fine to a group of tourists drinking on the Spanish Steps.

Washing With Shampoo on the Beach in Spain Is Outlawed

A balmy climate year-round makes Spain an idyllic coastal destination, but imagine spending the day topping up your tan and splashing around in mild waters at one of the thousands of charming beaches. Rather than returning to your accommodation, you decide to shower and change for the evening at the beach. Everything is going well until you proceed to lather up with soap and shampoo. Then a local law enforcer politely informs you that according to national law, this is an illegal act on all Spanish beaches. Doing so in popular tourist spots such as Malaga and Valencia could land you a fine of several hundred euros.