While Venezuela's Angel Falls claims the title as the world's tallest waterfall, South America’s most famous waterfall is arguably Iguazu Falls, which straddles the border between Brazil and Argentina. Here are six things you probably didn’t know about this incredible place. 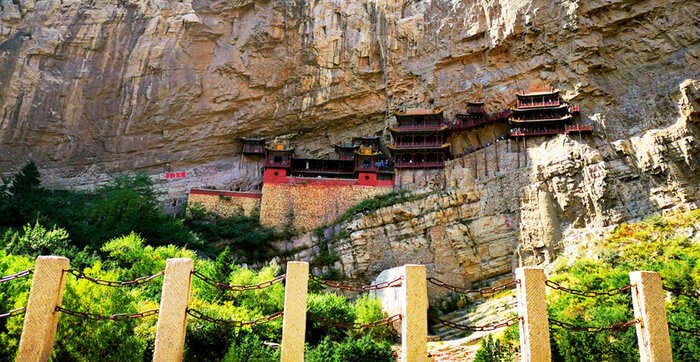 It Isn’t a Single Waterfall

Iguazu Falls is wider than Victoria Falls in Zimbabwe and Zambia, at roughly 1.7 miles across, and taller than Niagara Falls on the border of the U.S. and Canada. One of the most impressive aspects of Iguazu is that it consists of around 275 separate falls, with significantly more located on the Argentinian side of the border. (By comparison, Victoria Falls consists of five distinct drops of water.) The most spectacular of Iguazu’s curtains of water is Garganta del Diablo, or Devil’s Throat. This is the largest section of the falls, and consists of 14 separate cascades with a drop of around 260 feet. The best time of year to visit is during the rainy season from November to March, when the rate of water plunging over the falls can exceed three million gallons a second. Record levels were recorded in 2014, when the park had to be closed temporarily for safety reasons.

It Has Two Names

Since Brazilians speak Portuguese and Argentinians speak Spanish, the waterfall’s name is spelled two different ways. On the Brazilian side, the waterfall is called Iguaçu, but across the border in Argentina, its name becomes Iguazú. As both should contain an accent, sometimes the word is anglicized to Iguassu or Iguazu. However you spell it, the name originates from an indigenous language called Guarani. It combines “i,” meaning water, and “wasu,” meaning big. If that’s not enough names, there’s another. The first European to set eyes on the falls, a Spanish conquistador named Álvar Núñez Cabeza de Vaca, originally named them Quedas de Santa Maria.

The Argentinians managed to get their side of the falls inscribed onto the UNESCO World Heritage list first — beating their neighbor by two years. The international body has recognized Iguazú National Park since 1984, while Iguaçu National Park in Brazil wasn’t established until 1986. As well as the waterfall itself, the listing acknowledges the significance of the parks as remnants of the Interior Atlantic Forest, a biome that’s home to around 2,000 species of plants and trees, as well as wildlife such as coatis, monkeys, opossums, and even jaguars. As deforestation by the logging industry and agriculture threatens the surrounding area, such protection is crucial to its preservation.

It Inspired a Famous Legend

According to Guarani tradition, an annual sacrifice took place to appease Mboi, the serpent god of the Iguazu River. One year, a young girl called Naipí was chosen, but her beau Tarobá was distraught and pleaded with the tribal elders to spare her. It was futile. When night fell, the desperate pair ran away and fled down the river by canoe. Though the elders were unaware, Mboi was not. Enraged, he gave chase. Tarobá and Naipí managed to stay afloat even as the serpent god churned the waters into an angry torrent, creating the waterfall we know today. The furious serpent god tore the earth apart beneath them. As Naipí fell into the Devil’s Throat, Mboi turned the girl into a rock to save her. Tarobá became a palm tree on the Brazilian side — separated from Naipí who will forever lie out of reach across the water.

Many claim that upon clapping eyes on Iguazu Falls for the first time, First Lady Eleanor Roosevelt reportedly exclaimed “Poor Niagara!” But though she did make a trip to Brazil in 1944, the fleeting visit focused on the northeastern part of the country and the cities of Belém and Natal. The tour was recorded in the “My Day” column, syndicated to national newspapers, which she wrote from 1935 to 1962. A 1957 column reveals what she thought of Niagara: “The pilot circled us around Niagara Falls so we could have a better view, but the Falls are not as impressive from the air as they are from the ground.” So it’s true that she wasn’t blown away by Niagara Falls, but the comparison with Iguazu probably wasn’t from firsthand experience.

Lunar rainbows, or moonbows, are extremely rare. Similar to rainbows, they are created by moonlight rather than the sun. Just as a rainbow requires light to refract through rain, so too does light need to refract off water droplets to form a moonbow. They occur in very few places around the world, but waterfalls which give off a lot of spray can be the best places to spot one, so long as the mist that is created forms in the opposite direction to the moon.

They occur at Cumberland Falls in Kentucky, Yosemite Falls in California, Victoria Falls in Zimbabwe, and occasionally at Iguazu. Even then, seeing a lunar rainbow can be hit or miss. Conditions need to be ideal: clear, dark skies; a full moon; and a position of the moon low in the sky, less than 42 degrees off the horizon. If you’re looking to catch a moonbow, you’d need to time your visit carefully. There are no guarantees, of course, but if you do hit the jackpot, the moonbow you see won’t be brightly colored like a rainbow. Instead, it appears white to the naked eye.