The beginning of the fall welcomes crisp, cool weather, glorious foliage, shorter days, and of course, pumpkins. One of the best seasonal activities is visiting a pumpkin patch, where you can select the perfect pumpkin to carve a jack-o’-lantern. Some patches allow you to pick your own pumpkin right from the field and include fun activities such as hayrides, corn mazes, petting zoos, and live music. However, if you want to experience pumpkins in the most extraordinary, imaginative way, these nine pumpkin displays are sure to impress. 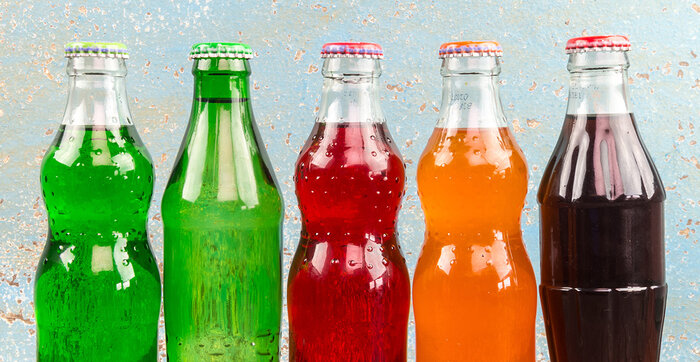 Autumn at the Arboretum (Dallas, Texas)

During Autumn at the Arboretum, the creative team at the Dallas Arboretum and Botanical Garden uses a staggering 90,000 Texas-grown pumpkins, squashes, and gourds to decorate the grounds and build an entire “pumpkin village.” Walk through entire houses made of the orange gourds and past colorful displays, including a pumpkin carriage inspired by Disney’s Cinderella and pumpkin houses complete with gated “gardens” filled with gourds. In addition to the arboretum’s stunning gazebos and fountains, the pumpkin-centric display is best viewed during the day, making it a unique, family-friendly fall activity.

Check out what a team of talented artists has created for the Great Jack O’ Lantern Blaze at two New York locations in Croton-on-Hudson and Long Island. Marvel at thousands of hand-carved pumpkins and “fumpkins” (foam pumpkins) arranged in impressive outdoor displays with synchronized lighting and an accompanying soundtrack. Hosted by the not-for-profit organization Historic Hudson Valley, the festivals are located at the historic Van Cortlandt Manor and the Old Bethpage Village. Each location boasts 7,000 illuminated jack o’ lanterns, in addition to larger-than-life sea monsters, illuminated trains, windmills, scarecrows, and more.

C-K Autumnfest in the twin towns of Ceredo and Kenova, West Virginia, kicks off with a parade and includes a children’s pageant, tractor show, baking contest, pickleball tournament, canning competition, food vendors, and more. The festival’s centerpiece is the Pumpkin House, a historic Queen Anne-style mansion along the Ohio River. Hundreds of volunteers carve 3,000 pumpkins and display them along the home’s exterior and yard, attracting nearly 30,000 annual visitors. A visit to this spectacular attraction is completely free during Halloween weekend.

Magic of the Jack O’ Lanterns and Glow at the Gardens (Littleton and Denver, Colorado)

Coloradans have two fabulous jack-o’-lantern festivals to choose from in the Greater Denver Area. Magic of the Jack O’ Lanterns is a new event that features 5,000 glowing, hand-carved pumpkins and “fumpkins.” Illuminated nautical seascapes, dragons, and dinosaurs add to the magic. You can visit Magic of the Jack O’ Lanterns at the Hudson Gardens Event Center in Littleton from Thursday to Sunday throughout the month of October.

For more pumpkin magic, head to Glow at the Gardens, hosted by the Denver Botanic Gardens in late October. Pumpkin artists carve oversized sculptures alongside remarkable displays of smiling and snarling jack-o’-lanterns. Stroll along luminaria-lined pathways as performing artists and light displays enhance the experience.

Run by the same organization Passion for Pumpkins, the Jack-O-Lantern Spectacular, which appears at three locations in Rhode Island, Kentucky, and Minnesota, delivers the “Wow!” factor. Zoos are always intriguing after dark, and the Roger Williams Park Zoo (Rhode Island) goes all out with its event, which features meandering paths adorned with more than 5,000 magical glowing pumpkins.

Not to be outdone, the Minnesota Zoo transforms into a fantastically luminescent landscape with thousands of artfully carved and glowing pumpkins arranged throughout the animal exhibits. Louisville’s event takes place in Iroquois Park, which comes to life with its own display of 5,000 dazzling carved pumpkins arranged along a popular walking trail. Enjoy beverages (including spirits) and food from concessions in the park.

Pumpkin Nights began in Minnesota in 2016 but has since moved to various cities across the nation. For 2021, head to Austin or Dallas and explore multiple fantastical pumpkin-themed lands, including a Harry Potter-themed display with floating candles and neon-painted coral reef with fish made out of pumpkins. You might even see real-life fire dancers and professional carving artists in action. Younger visitors to Pumpkin Nights will have the opportunity to  play games and dig for buried treasure. Warm up with hot cocoa or spiced cider and sample delicious food, including pumpkin pie, from various vendors.

Pumpkintown U.S.A. offers a different spin on the traditional spooky fall attractions and glowing jack-o’-lanterns. Instead of bracing for thrills, visitors will be delighted to see whimsical, smiling “pumpkinhead people” in a variety of poses with their “pumpkin pets.” Artists create pumpkinhead people by painting jolly faces on real pumpkins and attaching them to about 100 scarecrow bodies dressed in rustic clothing.

You can walk through the Pumpkintown Village, which includes a fast-food restaurant, jail, saloon, church, barbershop, farm, fire station, and a country store where you can purchase fresh produce, pumpkins, handcrafted goods, and baked apple cider doughnuts. A second option is to drive your vehicle along the one-mile stretch through Pumpkinhead Forest to see more pumpkinhead people in the woods.

You know you’re in for an over-the-top experience when you attend a festival at Dollywood Theme Park. Great Pumpkin LumiNights is no exception. Set against a backdrop of brilliant fall foliage and the majestic Smoky Mountains, the park is aglow with thousands of illuminated jack-o’-lanterns and impressive decorations.

Carving artists really outdo themselves creating a garden of radiant sunflowers, an enormous guitar (homage to the park’s namesake musician Dolly Parton), a 40-foot-tall tree, and a family of frogs on lily pads — all made of pumpkins! Thrill-seekers can also spend their day on the 50 amusement rides before checking out the Halloween display at night.

You won’t see thousands of glowing, normal-sized jack-o’-lanterns here, but you will see giant, elaborately painted pumpkins at the Damariscotta Pumpkinfest and Regatta. The event in Maine supports the tight-knit community of farmers and artists, and visitors can learn about each pumpkin’s pedigree. The multi-day event typically includes a Giant Pumpkin Parade, a pie-eating contest, a pumpkin-on-wheels derby, and a regatta using giant pumpkins as boats.