Apart from being aesthetically pleasing, botanic gardens also contribute to scientific research. Plant collections are meticulously labeled, documented, and monitored in order to better understand specimens and their environments. But to view the gardens as merely functional would be a mistake. The breathtaking floral displays are some of the most wonderful attractions on the planet. Here are 10 of the most beautiful collections sure to take your breath away. 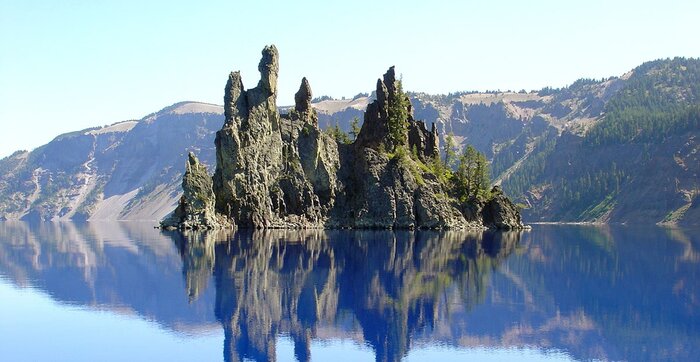 The Royal Botanic Gardens at Kew began as a single garden in 1759, but when King George III inherited the land 13 years later, he combined it with another royal estate in Richmond. Today, the garden is the largest of London’s four UNESCO World Heritage Sites, welcoming around two million visitors every year. Spectacular Victorian-style greenhouses featuring glass-and-iron domes, including the famous Palm and Temperate Houses, anchor the indoor collections. The extensive grounds are just as impressive. There’s a world-renowned arboretum featuring 14,000 trees representing over 2,000 species, a bamboo garden with an authentic Minka house, and the 56-foot-tall Hive surrounded by wildflowers.

Some of the oldest surviving botanical gardens in the world are in Italy, and among them is the beautiful botanical garden in Pisa. Orto Botanico di Pisa was established in 1543 and has been housed in the same building since 1591. In addition to being an oasis for locals, the garden is currently used for research at the University of Pisa. The stunning structure features an elaborate façade decorated with seashells, as well as numerous rare plants, centuries-old trees, and a giant water lily that blooms in summer.

Not to be confused with the futuristic Gardens by the Bay, Singapore's national botanic gardens were established in 1859, though Sir Stamford Raffles (of hotel fame) actually came up with the idea for Singapore Botanic Gardens a few decades earlier. A team of botanists who worked at Kew Gardens in London oversaw its development, but those who followed had even more success. In 2015, the site became the first tropical botanic garden to be awarded prestigious UNESCO World Heritage status. Don’t miss the waterfall centerpiece at the Ginger Garden, the swans that grace the lake in the Tanglin Gate gardens, and the National Orchid Garden, which boasts 1,000 species of this popular flower.

For sheer drama, it’s hard to beat the beauty of Kirstenbosch National Botanic Garden in Cape Town. Set against a backdrop of the eastern slopes of Table Mountain, this extraordinary “garden” is mostly wild — just 7% of the land is cultivated. Five paths meander through the estate, including the longer Yellowwood and Silvertree Trails, which lead visitors through the forest and fynbos (a belt of natural shrubs and vegetation unique to South Africa). There’s the promise of native fauna too; the garden is home to a diverse array of native birds, reptiles, and mammals, including the cute rock dassie (a medium-size, furry mammal similar to a rabbit but actually closely related to the elephant). The flora in the gardens are equally interesting — particularly local species such as the showy protea and tea-drinkers’ favorite, rooibos.

Andromeda Botanic Gardens began as a private endeavor. It was a labor of love for Barbadian scientist Iris Bannochie, who transformed a steep-sloped plot littered with huge boulders into a beautiful garden. She filled it with specimens collected from tropical and subtropical locations around the globe, which had been sourced during her own travels or sent to her as gifts. When she died in 1988, Bannochie bequeathed her garden to the Barbados National Trust. Today, the garden is one of the island’s prettiest spots. Paved paths lined with towering stands of bamboo, verdant palms, and banana trees lead to secluded groves resplendent with brightly colored flowers. Strategically placed benches allow visitors to enjoy vignettes centered on unexpected views of the sea and ponds filled with water lilies.

The centrally located Royal Botanic Garden extends around the curve of Farm Cove in Sydney Harbour like an embrace. Lined with a sandstone wall, the view from Mrs Macquarie’s Point over the harbor and toward the Opera House is one of the best in Sydney, if not in all of Australia. The garden comprises both cultivated land and open parkland, boasting wooded lawns as well as impeccably tended flower beds. The governor’s animals once grazed here; today, the screeches of crested cockatoos and rainbow-colored lorikeets provide a different kind of wildlife encounter.

With a collection estimated to contain 22,000 species of plants, the Montréal Botanic Garden is one of the finest gardens in North America. Its Chinese Garden, designed by Shanghai landscape architect Le Weizhong as an interpretation of nature, is the largest of its kind outside China. A serene Japanese garden created by Ken Nakajima provides a space for reflection and meditation, while the First Nations Garden celebrates the Indigenous populations of Canada. Throughout the year, the Montréal Botanic Garden hosts special events including the popular Butterflies Go Free exhibit in early spring and the Magic of Lanterns festival in fall.

Overlooking the city of Funchal on the Madeira archipelago, the Madeira Botanical Garden is a jewel on the crown of an island known for its exquisite natural beauty. In contrast to the untamed clumps of agapanthus and hydrangea bushes that grow by the roadside, the garden is a manicured outdoor space that was once part of the private Bom Sucesso Estate. One of its most famous features is a geometric display of evergreens in contrasting shades of burgundy, lime, and emerald. A cable car connects the botanical garden to Monte Palace, which has a magnificent garden of its own.

Travel beyond the Arctic Circle to the Norwegian city of Tromsø, where you’ll find the acclaimed Arctic-Alpine Botanic Garden. This garden has no gates, fences, or ticket offices and is open year-round, though visitors are advised to bring their skis in winter. As the world’s northernmost botanic garden, there are obvious challenges for gardeners; the flowering season doesn’t usually begin until May, and even then, snow lingers in shaded areas. But the pastel mauve purple of the alpine sea holly, the crimson speckles that pepper the white flowers of the pyramidal saxifrage, and the nodding yellow heads of the Himalayan daisy are all reminders of how well nature adapts to even the harshest environment.

The remarkable colors that add so much drama to the Jardin Majorelle in Marrakesh are only possible because of arduous landscaping. Bold blues and bright yellows accentuate the vivid greens of the palms, cacti, and succulents that create the architectural backbone of the garden. Leafy bamboo reflected in ponds and fretwork screens that echo some of the more delicate flowers soften those hard lines. The garden’s creator was the late French artist Jacques Majorelle. After his death, French fashion designer Yves Saint Laurent famously resurrected the abandoned space and transformed it back to its former glory.